Crook County front and center during first week of session 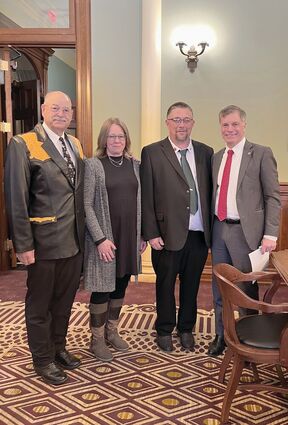 As one of the county's own picked up the gavel as President of the Wyoming State Senate, and another became the first freshman legislator elected as floor leader, Crook County took its fair share of the focus during the first week of the 2023 Legislative Session.

During the opening ceremonies, Governor Mark Gordon gave the annual State of the State speech, during which he took the opportunity to recognize one of the community's exemplary volunteers.

There's something about the people and culture of Wyoming that's extraordinary, Gordon said, noting that, "Folks here know there'...