Gerald E. Bunney, 83, of Aladdin, Wyoming, passed away December 1, 2022 at the Department of Veterans Hospital, Ft. Meade, South Dakota.Gerald was the youngest of five children, all boys, born to John and Loretta Bunney on May 31, 1939 in Spearfish, South Dakota. He grew up on a ranch at Aladdin and attended Bunney Country School and then Belle Fourche South Dakota High School.

This is where he met the love of his life, Patsy Tanner. They were married on September 24, 1957 and moved to the family ranch at Aladdin. Together they took over the ranch and started their life together.

As they built their lives together as ranchers, they had five children, nine grandchildren and eight great-grandchildren. They were married 63 years together before losing Patsy in 2020.

Gerald was not only a hard-working rancher but also a family man who enjoyed playing the organ so everyone could sing Christmas carols, something to see to believe. He not only taught the kids how to work hard but how to play hard, he was very competitive as he set up games for the kids to compete against each other, but he would participate as well, winning many of the competitions. Cheating was acceptable.

One of Gerald's great passions later in life was his dogs. He started training his very first border collie, by the name of Leo, in 1996. This was his all-time favorite dog who won many championships for him.

Over the years, Gerald had many dogs that he trained. He traveled to many dog trials and won so many of them that Denver National Show asked him to be a judge, to give everyone else a break, but he just wanted to compete.

He had been in many different papers and or magazines telling stories about his dogs. He would help anyone that asked for advice, training or guidance on what to do when training a border collie. Gerald had to eventually hang up his hat to dog trials and training when Parkinsons finally took over. 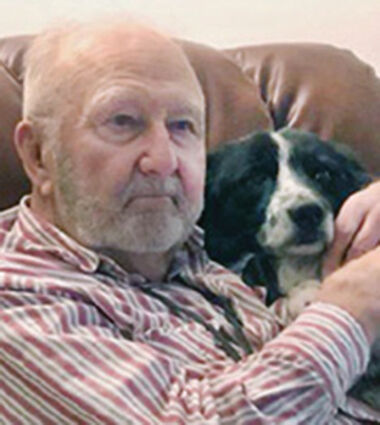 Gerald was preceded in death by his wife, Patsy; parents, John and Loretta Bunney; his brothers, Raymond, Robert, Kenneth and Eddie; his daughters, Lorri Bunney and Julie Burkhart; and his grandson, Lincoln Raber.

Visitation will be held Friday, December 9 from 3 to 5 p.m. at Kline Funeral Chapel in Belle Fourche and for one hour before services at the church.

Condolences may be expressed and the video tribute viewed via internet at http://www.klinefuneralchapel.com