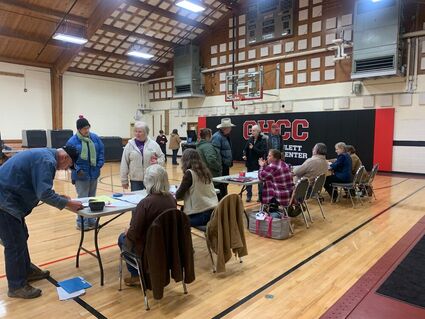 Voters gathered at the GHCC to cast their ballots last week.

No changes were made to the results released on election night after the Crook County Canvass Board came together for its post-election audit on Thursday.

Though several races came down to the wire, only one was close enough to meet the criteria to trigger an automatic recount. Meanwhile, two potential candidates were identified via write-ins for seats where no name appeared on the ballot.

The only race that came close enough to require a recount was the Hulett trustee race for Crook County School District. The top two candidates for this position were Hannah Ista with 1179 votes (4...