James Ernest Maupin "Jim" was born May 28, 1949, in Pierre, South Dakota, the son of Thomas J. and Christine Maupin of Eagle Butte, South Dakota. In 1952, the family moved to the ranch south of Alzada, Montana, just over the Wyoming line, where they raised registered Hereford bulls for many years.

Jim attended grade school at the country school near the ranch and later attended Hulett High School, where he participated in football, track and wrestling, which started his junior year at Hulett. Throughout the seasons, Jim would stay during the week with the Lee Willy and Charlie Moore families and, through this, Jim and their sons soon became best friends. 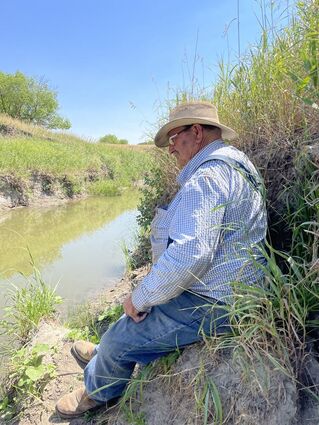 Jim continued to ranch after high school with his parents until their deaths in 1978. On October 5, 1974, he married Chris Kinghorn in Belle Fourche, South Dakota. Jim was still doing what he loved, fishing, hunting and ranching with his sons, Thomas and Charles, until his death while attending an auction sale on Sunday, September 25, 2022.

He is survived by his wife, Chris; son, Thomas and daughter-in-law Rebecca and his beloved grandchildren Thomas and Riley of Sundance, Wyoming; son, Charles of Sturgis, South Dakota; brother, Baine Maupin of Buffalo, South Dakota; and many nieces, nephews, cousins and friends. Preceding him in death were his parents and his siblings, Thurman McKinney, John Walter Maupin and Peggy Symonds.

Services are pending with Kline Funeral Home in Belle Fourche.