Kari Bonnell Jensen Priewe, 89, of Belle Fourche, South Dakota, passed away May 11, 2022 at the Belle Estate in Belle Fourche.

Kari was born October 12, 1932, at Moorcroft, Wyoming, to Thorval Sr. and Lillian (Ballard) Jensen. The family moved near Oshoto, Wyoming, in 1936 on a ranch.

In 1942, they moved to Big Bend on the Belle Fourche River in Wyoming. While growing up on the ranches, Kari was in the saddle many hours and many miles, tending livestock that her parents owned. Later on, they moved to Colony, Wyoming.

In 1950, she married Robert Ellison Priewe to which marriage four children were born. They purchased half of the ranch from her father, Thorval, and raised sheep and cattle.

She was a wife, mother, hired hand, gardener and a person that was always willing to lend a helping hand. She was a leader of the Colony Coyote 4-H club, teaching the children how to cook, was an officer and member of the Colony women's club, Wyoming Game and Fish Commissioner for six years and a lifetime member of the United Methodist Church. Kari and Robert were awarded Ag Couple of the Year at the Belle Fourche Ag Banquet. 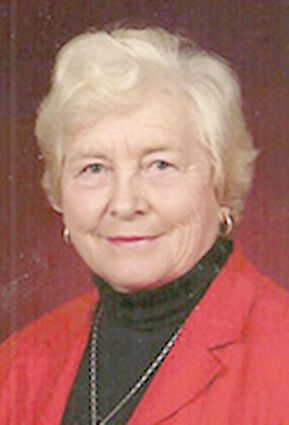 She was preceded in death by her husband, Elly Priewe; son, Mark Priewe; sister, Mariett Jensen; and grandson, Chad Priewe.

In lieu of flowers, the family suggests memorial donations to the United Methodist Church or the charity of your choice.

The funeral will be published for viewing at klinefuneralchapel live streaming site following the funeral.

An online guest book and video tribute is available at klinefuneralchapel.com