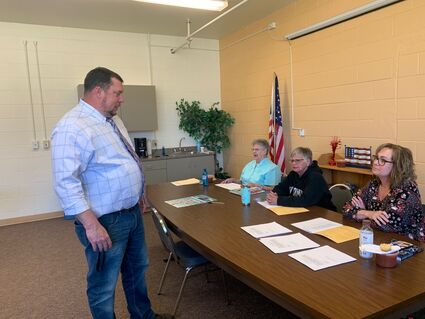 History teacher Josh Willems not only voted but also brought over his class to give them a little lesson on elections. Willems does this every election.

The Hulett town election was held last Tuesday at the Greater Hulett community center. Out of 169 registered voters, about a third took the opportunity to vote on mayor and two counsel positions.

As a new council person, Chris Bears will be sworn in at the July meeting.