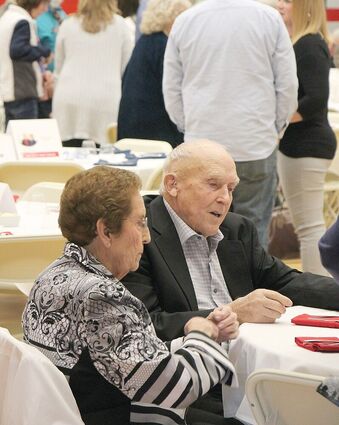 Dignitaries and members of the Crook County Republican Party gathered on Saturday night for the annual Lincoln Day Dinner, a fundraising event that once again attracted a sold-out crowd.

Hosted at Central Office this year, the dinner is intended to "support conservative candidates for public office" and saw 221 attendees enjoy an evening to the theme of "Remembering Our Legacy."

As guests mingled and took their seats, political candidates local, national and from across Wyoming took the opportunity to meet and greet the crowd. For example, Jennifer and Tom James, a Sweetwater County couple aiming to be a husband-wife team in the legislature, expressed their gratitude to the local party for inviting them to attend the event.

Speakers for the evening began with a presentation from Gordon, who spoke about his administration's efforts to protect Wyoming industruct and focus on supporting recreation and industry in this area. He was followed by candidates for public office, who were invited to introduce themselves.

Harriet Hageman, candidate for U.S. House of Representatives, spoke of her mantra of "accountability", while gubernatorial candidates Brent Bien and Rex Rammell were both given an opportunity to step up to the podium. 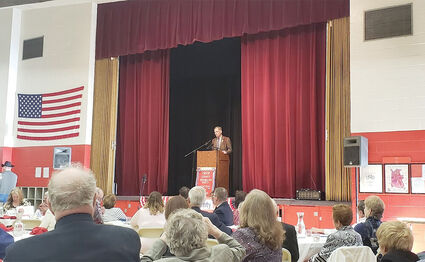 The dinner also provided an opportunity for the Crook County Republican Party to announce the winner of the annual $1000 scholarship, designed to foster interest and involvement in conservative values. The scholarship was presented to Nate Schommer, who will attend Sheridan College with a focus on finance.