Sherry Ann H. White, 79, passed away peacefully in her sleep and went to rest with the Lord Saturday afternoon, April 30, 2022, at the Fountain Springs Healthcare in Rapid City, South Dakota.

She was a Wyoming cowgirl through and through. She grew up in a very loving family, the Dillavous, just outside of Aladdin, Wyoming, on a small dairy farm. Shortly after high school, she met the love of her life, Richard White of Spearfish, South Dakota.

They quickly fell in love and were very happily married for a mere 61 years. Together they raised three young boys: Michael, Richard and John.

To those who knew her, "love of family" best describes her. She absolutely loved her family. The twinkle in her eye would immediately glow brighter than any star in the sky when she talked of her family. 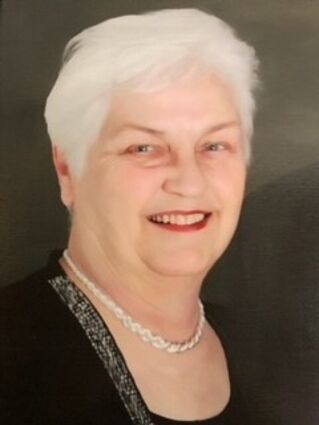 Her legacy is her family. We did not lose a wife, mother, mother-in-law, sister, aunt or grandmother – all you have to do is look at her family and you will find Sherry.

She is survived by Richard, her husband; three sons, Michael (Jacqueline), Richard (Jennifer) and John (Christie); five grandchildren, Brandy, Jessica, Katherine, RJ and Matthew; and eight great-grandchildren. She will be laid to rest with her parents, Paul and Stella and brother Leyland.

The Mass for Christian Burial for Sherry was officiated by Father Brian Hess, Thursday, May 5, 2022, at the St. Paul's Mission Church, Sundance. The burial took place at the Beulah Cemetery following the service.