The funeral service will be held 10:30 a.m. Thursday, April 7, 2022, at the Christian Life Center in Belle Fourche, with Pastor Andy Anderson officiating. Visitation will be 5 to 7 p.m. Wednesday at Leverington Funeral Home of the Northern Hills in Belle Fourche. Interment will take place at 2 p.m. at Moorcroft Cemetery, in Moorcroft, Wyoming.

Eileen's funeral service will be broadcasted live online, on her obituary page located on the funeral home's website: http://www.LeveringtonFH.com.

Memorials are preferred to the St. Jude's Children's Hospital.

Eileen Esther Garman was born April 2, 1939, on the family farm about five miles north of Oelrichs, South Dakota, the daughter of Harry and Ethel Harris Hartman. When Eileen was just a little kid, she would ask her grandma, "Where did I come from?" and Grandma Harris would say, "Oh, the crows laid you on a stump and the sun hatched you out."

When Eileen asked too many questions, Grandma Harris would say, "Why, the audacity of your curiosity! If I was your mother, I would spank your 'boom-basity'."

When Eileen was a couple of months old, her folks and brother Neil moved from Oelrichs to Keystone, South Dakota. Her dad worked in a feldspar mine and Mount Rushmore was starting to be carved into the mountain during this time. Eileen would joke, "I'm not as old as the dirt, but I am almost as old as Mount Rushmore is."

When Eileen was five years old, her family moved back to the Oelrichs area. At that time, baby sister Joyce was born, completing the family.

Eileen graduated from Oelrichs High School on May 16, 1956. She attended Chadron State College in Chadron, Nebraska, for the next two years.

Eileen taught for one year, (1959) at the school East of Chadron where she had done her student teaching. She then taught third grade in Pine Ridge, South Dakota, for two years (1960 and 1961).

On June 2, 1961, Eileen married John R. Garman at an outdoor wedding at the base of Devils Tower. They were married for 55 years at the time of John's passing in late January of 2016.

After they married, Eileen and John lived on a ranch four miles up Cabin Creek, North of Carlile, Wyoming. All five of the boys were born while living there.

In 1969, they purchased a house in Gillette, Wyoming, where John taught industrial arts at Campbell County High School and Eileen taught kindergarten in the basement of the Gillette house that they lived in from 1969-1973.

It was a hard four years for the four boys (Jason wasn't born yet) as they didn't adapt to city life very well. But at least the family got to spend some weeknights, weekends and summers at the ranch in Carlile, Wyoming.

In 1976, John and Eileen purchased a ranch ten miles north of Alzada. In the fall of 1978, they moved from the ranch at Carlile to the ranch at Alzada where they ranched raising both sheep and cattle as well as doing custom trucking on the side.

The Alzada ranch, located on the banks of the Little Missouri River, has been Eileen's home ever since until she moved to the Belle Estates on March 1, 2022. Eileen was always John's "right-hand man" around the ranch and she kept the ranch running while he was away trucking. She raised many bum lambs and calves throughout the years.

Eileen was a great cook and had a unique ability to keep meals warm and delicious for hours on end while waiting for John and the boys to complete tasks on the ranch. She was often helping outside herself. She was an active member of the Alzada Rangeland Ministries Church and the Albion 400 Women's Club. 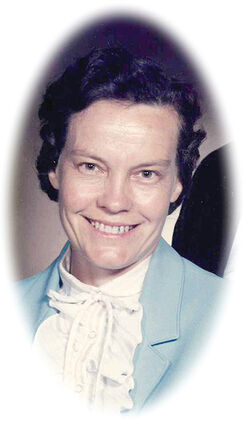 Eileen was a humble, wonderful, Christian lady. She was a very loving, caring mom, grandmother and a great neighbor and friend. She was always willing to give a helping hand and will be greatly missed by all who knew and loved her.