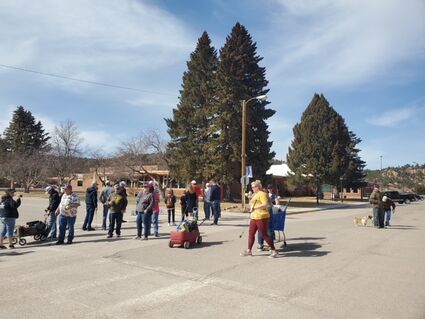 Sixteen teams enjoyed the beautiful day to play in the third playing of Urban Golf Hulett held on March 19, golfing on the streets of Hulett using tennis balls and hitting to targets such as five-gallon buckets, light poles, fire hydrants and dumpsters.

The team called the Wizards of Colorado came in first place with a score of 24 on the nine-hole course. Led by the short game magic of Anthony Olson, when the team was inside 30 yards of the target Anthony was the man called to finish the hole.

There was a tie for second place with the teams of Wood Boys Meat Cutting and Stevens #2. Both...