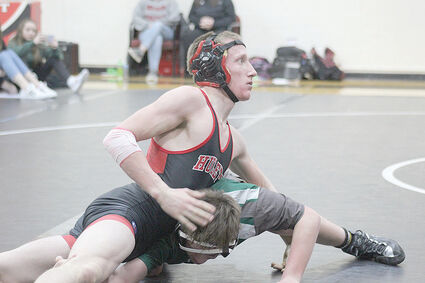 Eddie Tokarczyk has the upper hand on this opponent.

Powder River Duals was held in Hulett on Feb. 10. According to Coach Backen, the boys wrestled good, but unfortunately didn't get any all-conference wrestlers. Eddie Tokarczyk's record was 4-1 at the tournament and he lost by just three points on the match he lost.