She was the eighth of nine children. She grew up on the family ranch just south of Upton and graduated from Upton High School.

On June 16, 1952, Fern married Kenneth Blakeman of Moorcroft, Wyoming. To this union, six children were born.

The couple lived in Moorcroft, then Lawton and Kalamazoo, Michigan. They then moved to Barstow, California, while Kenneth was stationed at Camp Irwin, California.

After his discharge they returned to Moorcroft until 1980 when they moved to Buffalo, Wyoming. They then moved to Sundance in 1993. In her lifetime Fern kept books for Blakeman's Gas Service, The Cozy Motel, Do Drive In and Kenny Blakeman Trucking. 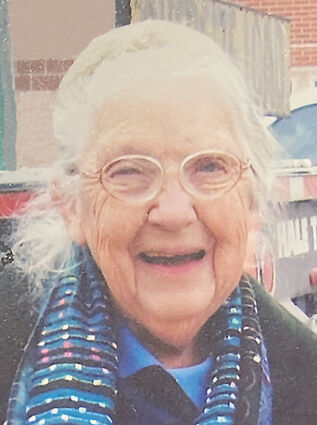 Funeral service and viewing will be Friday, February 18 at The Old Apostolic Lutheran Church in Moorcroft. Viewing at 10 a.m. and service 11 a.m. Interment will follow at the Moorcroft Cemetery.