A public visitation for Richard R. Johnson, 70, of rural Jackson, Minnesota, will be from 1-3 p.m., Saturday, February 12, 2022, at Kramer Family Funeral Home in Sherburn, Minnesota. There will also be a celebration of life in Hulett, Wyoming, June 11, 2022, after the parade.

Richard died suddenly on Tuesday morning, January 25, 2022 at Merrill, Iowa. Messages of Sympathy may be sent to the family online at http://www.kramerfuneralhome.com

Richard "Dick" Robert Johnson was born on July 27, 1951, to Merle and Jessie (Scott) Johnson in Gillette, Wyoming. The Johnson family moved to Hulett when Dick was four years old, where his parents owned and operated Johnson's Sawmill.

Dick attended school in Hulett and graduated the class of 1969. In August of 1969, he was united in marriage to Ardith Ballou; they remained in Hulett to raise their family and continue to work alongside his family.

Dick was a sport enthusiast; he played football and basketball in high school, enjoyed snowmobile racing and playing semi-organized, community basketball and softball after. While he loved sports, sawmills, logging and trucking filled his soul.

Even after the family sawmill closed in 1985, his mind always wandered back to small sawmills and trucks during his travels.

On December 4, 1992, he was united in marriage to Mary Goldtrap in Cheyenne, Wyoming. They made their home in various places around the country until they settled in the Jackson area in 2012.

He was employed at Farmers Co-op Elevator in Jackson until driving for JBS Trucking in Worthington, Minnesota.

Dick and Mary took up woodworking together. Through the last 20 years, he made all his children and grandchildren numerous pieces of furniture, which will be forever treasured. Everyone knew he could make boards, who knew he could make anything out of them?

He was forever a Wyoming Cowboy fan enjoyed playing and giving coaching advise to his children and grandchildren. He was extremely proud of all his grandchildren and of all the things they have accomplished; he was their greatest fan. 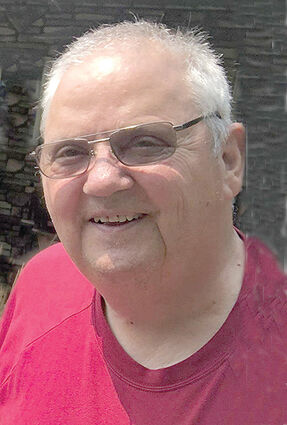 He was a lover not a fighter and never met a stranger, and always a comedian. Halloween was his favorite holiday; he loved dressing up and scaring the neighborhood kids in his younger years. Through the many changes throughout the years, he was never afraid to travel to see his family.