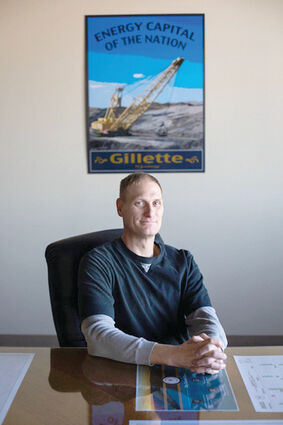 Eric Hanson sits for a portrait in the mayor's quarters in Gillette City Hall last week. Hanson was selected to replace former Mayor Louise Carter-King after she resigned following the release of thousands of texts that showed she made disparaging comments about a wide range of people in and out of office.

GILLETTE - Gillette's new mayor doesn't plan on coming in and making a lot of changes.

Eric Hanson, who was appointed to be mayor by a 4-2 vote among the City Council earlier this week, said his top priority is to help repair the city's image and its relationship with its residents over the next 11 months.

Hanson said he doesn't plan on running for any elected office this year, because campaigning would take away from that goal.

"My sole focus is to help the City Council be in a better position than it is now," he said. "I feel that if I'm running for something, my time is going to be foc...