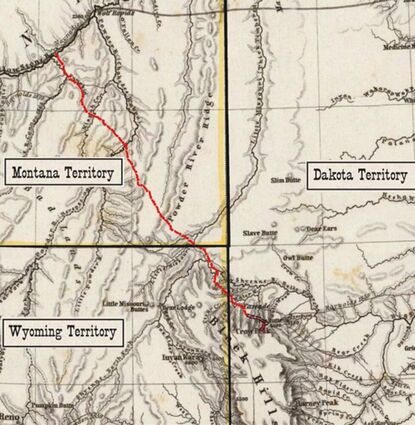 The stage route between Miles City and Deadwood.

The Hulett Museum is hosting a traveling exhibit starting January 20. The "Miles City to Deadwood Stage" exhibit is a traveling display sponsored by the O'Fallon Historical Museum.

The trail was one of the lesser-known routes to the Black Hills. However, in its day it was an important link for the military and mail service.

The route was covered by two stage companies. The Miles City to Spearfish stage line was established in 1879 and operated until 1894. The Spearfish to Deadwood stage line operated for over 30 years and provided regular service until 1913.

The exhibit depicts the origi...