Howard was born in Sundance, Wyoming, on May 25, 1947, to Henry and Ruth (Hauber) Pickerd. They lived in Alva, Wyoming and Aladdin, Wyoming, near his family's sawmill.

Howard attended the one-room Eothen School grades 1-8. Growing up he spent time with extended family in Sundance and at the 4W Ranch near Devils Tower.

They moved to Sundance in 1961, and he graduated from Sundance High School in 1965. He attended Casper College and then CSU in Ft. Collins, Colorado.

Howard majored in forestry, graduating in 1970. Howard was hired by Wyoming State Forestry and married Mary Casey in 1970.

They lived in Cheyenne, Wyoming, where their three daughters were born. In 1977, Howard was promoted to District Forester and they moved to Newcastle, Wyoming.

He transferred back to Cheyenne in 1994. Howard married Mary O'Hare in 1995. They enjoyed hosting family and friends, their pets, and gardening.

Howard retired in 2004 and started Wyoak, a small nursery. He was active in church and liked woodworking. His wife, Mary, passed away in 2021. 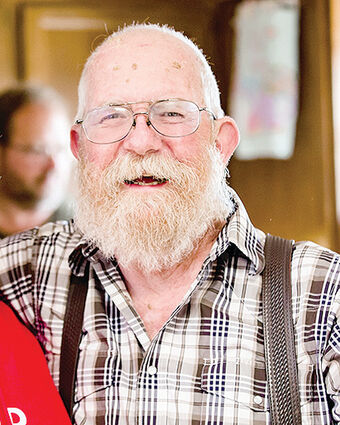 Howard was a loyal and steadfast husband, a loving a supportive father and a generous friend. He was quick with a smile, a joke (recycled) or a hug.

He was preceded in death by his parents, Ruth and Henry; his wife, Mary O'Hare Pickerd; and nephews, Justin Roberson and Glenn Roberson.

A memorial service will be held on Sunday, May 29, 2022, at Frontier United Methodist Church at 2 p.m. followed by a meal at the family home.