Ed C. Helmer, age 87, of Belle Fourche, South Dakota, died Thursday, February 3, 2022, at his home in Spearfish, South Dakota, with his loving wife by his side.

Ed's funeral service will be broadcasted live online, on his obituary page located on the funeral home's website: http://www.LeveringtonFH.com.

Ed Chris Helmer was born September 25, 1934, in Belle Fourche. He was the son of Chris and Zeta (Wilson) Helmer.

Ed grew up on a ranch south of Belle Fourche, and graduated from the Spearfish High School in 1953. Ed was married to Charlotte Williamson on June 5, 1960, in Sturgis, South Dakota.

To this union four children were born: Christy, Kelly, Monty and Jennel. Following their marriage, Ed and Char ranched west of Belle Fourche.

In 1984, they moved to the north side of Belle Fourche and Ed worked for area ranchers. Since June of 2021, Ed and Char have lived in the Hickory House in Spearfish. Together, Ed and Char have been blessed with 61 years of marriage.

Ed was a loving father and grandfather. He was musical, and he enjoyed gardening and working with flowers. 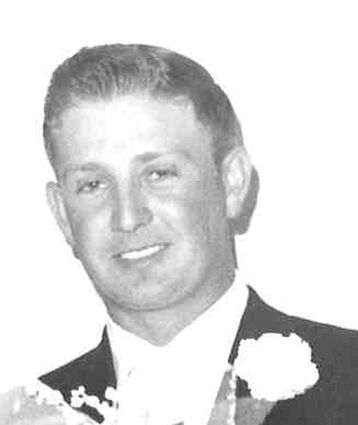 He loved the ranch life and working with his livestock. He was a hard-working man in his younger years.

Ed enjoyed dancing, and was a kind, caring and patient man. Years ago, Ed gave his life to Christ and he's been a believer for several years.

One of his favorite memories was playing football for Spearfish High School. He always said when he knocked a guy down, he knew that he'd been hit hard.

Ed will be missed greatly by his family and friends.